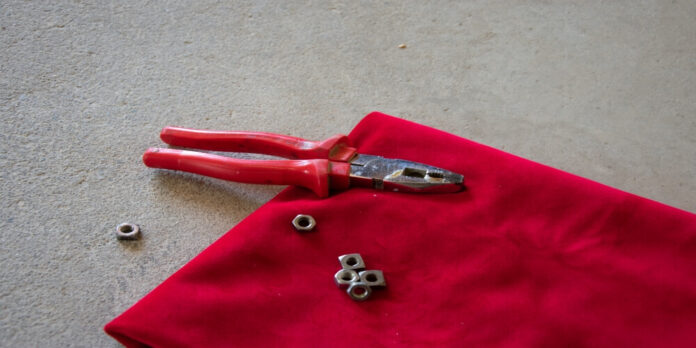 Screws were invented unknowingly in Egypt in extracting juice and oil from fruits and nuts, respectively. Today, The industrial revolution catapulted manufacturing into the right trajectory of mass production and efficiency. One such ingenious invention are self drilling screws– which operates on the same principle as drilling bits.

The challenges dodged by the self-drilling screw are what made left me thinking about how this simple tool is key to many scientific and engineering prosperity.

How do these screws work?

The self-drilling screw operates like a cutting tool or a drilling bit, eating its way through the wood to achieve its purpose- fastening. Its design is hidden in geometrical and mathematical approaches.

The threads’ angle should be maintained at 550 – such geometrical figures will later be the basis of screws. The rise of inclination the threads are built on works efficiently by emptying the drill hole as it sinks in.

Another mathematical approach was determining the number of threads per inch. It’s a variable that will later be used in equating force to the depth of the screw. As a regulatory tactic, he suggested that the radius of the screw will also determine how threads should be spaced. Today self-drilling screws have adopted those mechanisms.

Like other types of fasteners, screws are made using stainless steel. Steel is undisputed for its strength and ability to work in a challenging environment. Additional precaution such galvanization and plating protects screw from rusting. Other key design futures are;

Drill flute- this is a separate incision in the point length that allows drilled material to exit through it.

Frictions between drill and drill surface cause a buildup of heat, which may cause malfunctioning. Drill flute reduces such buildups by removing dirt from the hole -smoothening the surface.

The secret recipes on how these screws are used lie in its threads; It’s made up of angled lines which, once screwed, cant slip back. This is an ideal property for using soft materials like wood.

The hardened screw bit enables it to operate of medium-hard surfaces like thin metal sheets. To ensure the drilled hole doesn’t expand, causing the screw to slip in and out, the unscrewing process preserves the hole’s size.

Self-drilling screws are an example of history hidden in mathematics and geometry to produce a modernized tool. As you prosper in your daily activities that require fastening and tightening of different surfaces, make sure you consider screws.

Factors To Consider When Choosing The Best Forging Process

Everything You Should Know About Hydraulic Press Forming Machines

Factors to Consider When Purchasing A Press Brake In 2019

Everything You Need To Know About the Dot Peen Marking Machine

Yiosi Lighting: A Step-by-Step Guide for Hanging your Chandelier

Analyzing the Evolution of CNC Technology