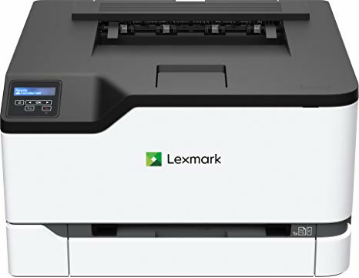 So maybe you are fascinated by the beautiful 3D printing world, and you have decided to test the waters. You have heard of resin 3D printing, but are having issues deciding which process is going to produce what you really desire. If that’s your case, you are in the right place. Brace yourself, and keep reading…

Before we delve into the comparisons between LCD and DLP printers, let’s have a brief look at what Resin 3D printing encompasses.

Resin 3D printing is widely known for its ability to produce amazing and well-defined objects with smooth finishing, compared to other 3D printing technologies. This printing comes in three forms: the stereolithography, the Liquid Crystal Display (LCD) printing, and the Digital Light Processing (DLP). The stereolithography (SLA) involves spreading a thin layer of liquid over a platform. Since this polymer is sensitive to UV, the computer-controlled laser hardens the area which eventually becomes part of your 3D print.

For this article, we will only look at the LCD 3D printer and the DLP printer.

The Digital Light Processing (DLP) printer, instead of using a laser, directs light from a digital light projector on the resin. This light is directed through a digital micromirror device (DMD) (which is a device that consists of hundreds of thousands of tiny mirrors). It then flashes this image onto the vat. Note that the layers gotten from the DLP printers are called voxels, instead of the regular pixels that we are used to. This is because the projector screen itself is made up of pixels.

The Liquid Crystal Display (LCD) printer is almost the same with the DLP, although less common. It also flashes the image onto the resin vat, but this time the light comes from a group of LEDs shining through an LCD, not a projector. A screen is present to only show the pixels needed for the current layer. So unlike the SLA and DLP, no special device is needed to direct the light.

Without further ado, let’s move on to the comparisons between LCD and DLP 3D printers, shall we?

Hope these points help you to make the best decisions! Or maybe you would like to know more about the best LCD 3D printer.

Factors To Consider When Choosing The Best Forging Process

Everything You Should Know About Hydraulic Press Forming Machines

5 Simple Ways To Take Care Of Your Microbrewery Kit

Why City Models Are Useful For a Lot of Industries