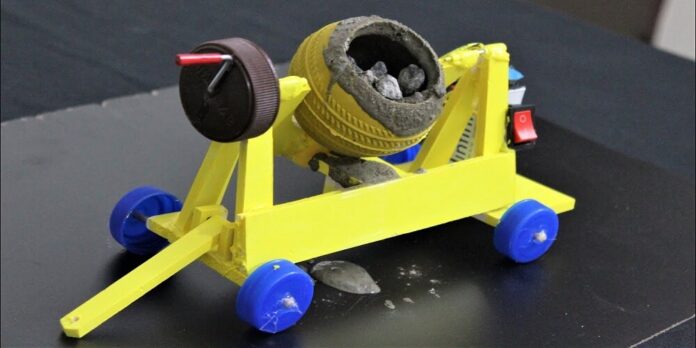 The importance of an Industrial mixing machine cannot be overemphasized. Its use is perceived in the manufacturing industries, small and large firms, and even in the household.

Some of them include;

A typical example of an agitator is that used in a washing machine. The central axis remains fixed while the contents are jolted vigorously around it.

In the manufacturing industries, agitators have similar designs. However, in some cases, a movable agitating rod is present. Agitators are most suitable for liquid substances because they are not strong enough to mix thick viscous substances.

Ribbon blenders are mostly used to mix dry and solid substances. They are normally placed in a semi-cylinder. The design is a bit similar to Agitators, with a central axis and rotating ribbon-like paddles.

As the central axis rotates, the paddles chop through the dry materials. This type of mixer is commonly used in minor construction industries.

It is also known as inline mixers. It was designed to be static with no moving parts. It allows the flow of liquid through an obstruction inside the cylinder.

As the liquid substances continue to flow through, a ribbon that serves as an obstruction disrupts the flow thereby forcing the liquid to blend.

While some emulsifiers are inline mixers, others are separate machines. They are mainly used to mix two or more liquids that are immiscible.

Emulsifiers apply great pressure to a liquid mixture, forcing it down through a small filter where larger particles are further broken down.

Another way of emulsifying substances without this machine is by adding an emulsifying agent, fast shearing, or by centrifugation

Homogenizers have the same working mechanism as a particular type of emulsifier. They mix different heterogeneous liquids by exposing them to extreme pressure.

This leads to a complete breakdown and homogenous mixture of different molecules on the substances. Homogenizers are usually built with a chopping blade placed vertically to blend at high speed.

Drum mixers are particularly used in Industries to blend substances of low viscosity such as adhesive slurries or cement. This industrial mixer is suitable for substances whose particles are of various sizes.

Ever thought of how life would have been for the construction industries without these machines. Well, it would have been pretty difficult because manually carrying out the required operations will demand a lot of time, resources, and manpower.

These machines not only ensure a thorough mixture of different materials, but they also ensure operations are faster and far more efficient.

So if you want to take your company or business to the next level, you should probably consider getting one of these machines.

How to choose a good packaging machine

The Science Behind Prototype Injection Molding

Analyzing the Evolution of CNC Technology